​​​Deanna Giglio is a 3rd year Psychology student with a minor in Mathematics at Lasell College. She has always been interested in the neurological aspect of psychology, and the statistical components of it as well. She worked as a bank teller and is currently a bakery clerk at a local pastry shop.  She loves interacting and making connections with new people everyday.  Besides working and going to school, Deanna loves spending time with her family and friends, drawing, and enjoying new television shows. Deanna is currently pursuing a research internship in the lab.

Kaye Deenihan is a 3rd year Psychology and honors program student at Lasell College. Maintaining various leadership positions on campus, including work as a resident assistant and a peer advisor, Kaye is a highly motivated student and learner who thrives in discussion and on a busy schedule. Outside of the chaos, Kaye appreciates time focusing on mindfulness, spending time in nature, and creating music and art. ​​​​

Emily Huynh is a 3rd year Psychology major with a minor in Diversity & Inclusion. She is a part of the honors program and works with the Donahue Institute of Ethics, Diversity & Inclusion. She is interested in learning about how individuals' cognition and perception is affected by their negative experiences in society. What makes her happy is hanging out with friends and family, playing the ukulele/violin, spending time in nature, and drawing/doodling.

Chavelyn Santana graduated from Lasell with a B.S. degree in Psychology in 2018. She has been interested in mental health issues and working with children and young teens for 3 years. She currently works at the Museum of Fine Arts (MFA) with young teens to help market and create events targeting teens to attend the MFA. In the lab, she has been involved in two studies looking at the impact of cognitive/aging factors on body awareness.

Evelyn King is 2nd year Psychology major at Lasell College. She is driven and eager to get her feet wet in the psychology field. She is on the Executive board as the Social Media manager for the Multicultural Student Union as well as being involved in many multicultural events on campus. She is the co-president of Lasell’s very own Naturals’ Club and an english tutor in the Academic Achievement Center. Evelyn enjoys writing poetry and taking time to cultivate lasting relationships with her peers and professors. She is interested in Neuropsychology and hopes to work to show people the connection between behavior, emotion, and cognition on the one hand, and brain function on the other. 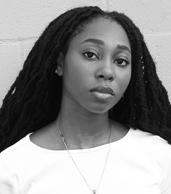 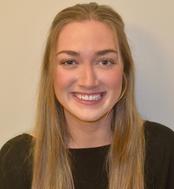 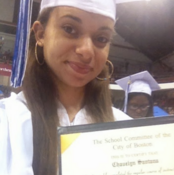 ​Lyndsey Charette was a 4th Psychology major at Lasell, with two minors: Child & Adolescent studies and Performing Arts. She is a social sciences department representative as well as president of the Lasell College Drama Club. She currently works at the Boys & Girls Club of Newton as the dance teacher as well as the girls services coordinator. She loves research and is interested in studying attentional modulation of body ownership. After graduation, she plans on attending Graduate school to get a PhD in Psychology.

​​​​​Christine Francis is a 4th year Psychology Major from Wayland Massachusetts. She is involved with the Diversity Inclusion Committee, the International Club, as well as mentoring at the Second Step. She enjoys learning classical Indian dance and other styles of Indian dance, playing the guitar, singing, and of course learning the nuances of the human mind. She has been working with Lyndsey Charette on a study that explores the attentional modulation of body ownership and self-representation. 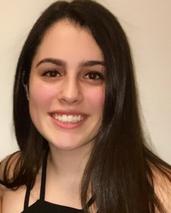 Madelyn Torres is a Psychology major and Neuroscience minor at the Jesuit University of San Francisco. She had worked in professor Zheng's lab at Lasell College for a year on a project regarding brain cognition and muscular reactions. She is now a Research Assistant for Adam Gazzaley's Cognitive Neuroscience Lab at UCSF and also a Research Assistant for Bob Knight's Social Psychology Lab at UC Berkeley. She plans to pursue a Ph.D in clinical psychology in the future. She felt that the experience in our lab had "prepared her and motivated her to continue pursuing a career in lab work''. 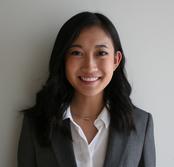 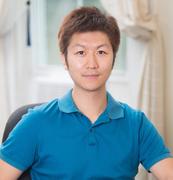 Beatrice Boisvert was a 4th year Psychology Major with a Youth and Crime Minor at Lasell. She is the President of Long Distance Lasers Club, a forum for the communication and expression of commuter student views on campus. In the lab, Bea has been interested in exploring age-related differences in body perception and awareness between young and older adults. Her work on intergenerational pattern differences in body awareness won a poster award at the Mass Gerontology Association Annual Convention in 2015.

Boisvert B, Montepare J, & Zheng Z. (2015). Age-related differences in the perception of body ownership. Proceedings of the Association for Psychological Science.

Zane Zheng is an Associate Professor of Psychology & Chair of Academic Research at Lasell University. He received his Ph.D in Cognitive Neuroscience from Queen's University, Canada, working with Ingrid Johnsrude and Kevin Munhall. He has also been a Visiting Research Scientist, working with Art Wingfield, at Brandeis University since 2013. His research interests include studying the processes of speech perception and self-awareness, as well as factors that influence these processes such as aging and social media.

Zane Zheng is Chair of Research Ethics Committee and Psychology Club Faculty Leader at Lasell. He is also a Psi Chi Faculty Advisor, Psi Chi Evaluator, as well as a member of Psi Chi's NICE committee and Research Advisory Committee.

​​​​​​Brianna Gillette was the Lab Manager who is a 4th year psychology major from Wethersfield, CT. She is a member of the Lasell College Cheerleading Team and has been since freshman year. She loves working with children and currently works at the Waltham Boys and Girls Club in the after school program. In addition to working and cheering, she has an advanced internship at the New England Center for Children in Southborough, MA. In the lab, she has been responsible for subject recruitment and management, as well as data collection and management.

​Olivia Sroka was a 4th year sociology major with a minor in forensics. She did an internship with the Make A Wish foundation in 2015 and is interning at bournewood mental hospital in Fall 2016.

​​​​​Jackie Pendergast was a 3rd Psychology Major with a minor in Aging Studies from the south shore of Massachusetts. She is a  member of the honors program as well as psi chi. She enjoys hiking, skiing, camping and anything that involves being outside and exploring. She is also an avid reader. She is very interested in research and the more scientific side of psychology.

​​​​​​​​​​​​Lauren Hill was a 3rd Psychology Major from Westhampton Beach, New York, who enjoys spending time with friends, traveling, nature, music, and working with children. On campus she has been a part of the psychology and leaf club, peer mentor, psi chi member, as well as a part of the leadership and honors programs. She has been working on a study that examines cross-cultural differences in the effects of social media use on the development and aggravation of depression.

Samira Fahey was a 3rd year Psychology major at Lasell, with two minors: Child & Adolescent and Forensic studies. She is a member of psi chi and volunteers at Call2Talk as a call taker. She enjoys playing and watching most sports, playing the piano and listening to all types of music. She is also trained in Kempo Karate.